Changing a fuel filter without following the manufacturer’s instructions can result in failures that are far more costly than the $40 filter.

The Cause and the Symptoms

Shown here is an injector nozzle tip from a 6.0 Ford Powerstroke Diesel engine. Note the fine cracks running across the width of the nozzle tip. A cracked nozzle such as this will leak fuel into the engine cylinder any time the fuel system is pressurized. This can lead to poor fuel economy, white exhaust smoke with a strong fuel odour, or a fuel knock.

During normal injector operation, the fuel circulating through the injector acts as a hydraulic cushion to allow the nozzle needle to close gently and smoothly. When there is a lack of fuel in the injector (or air in the system), the needle violently slams shut against its seat, which can quickly lead to the formation of cracks.

What to Look For

A number of suspect components should be checked to ensure there is no air being introduced into the fuel system: 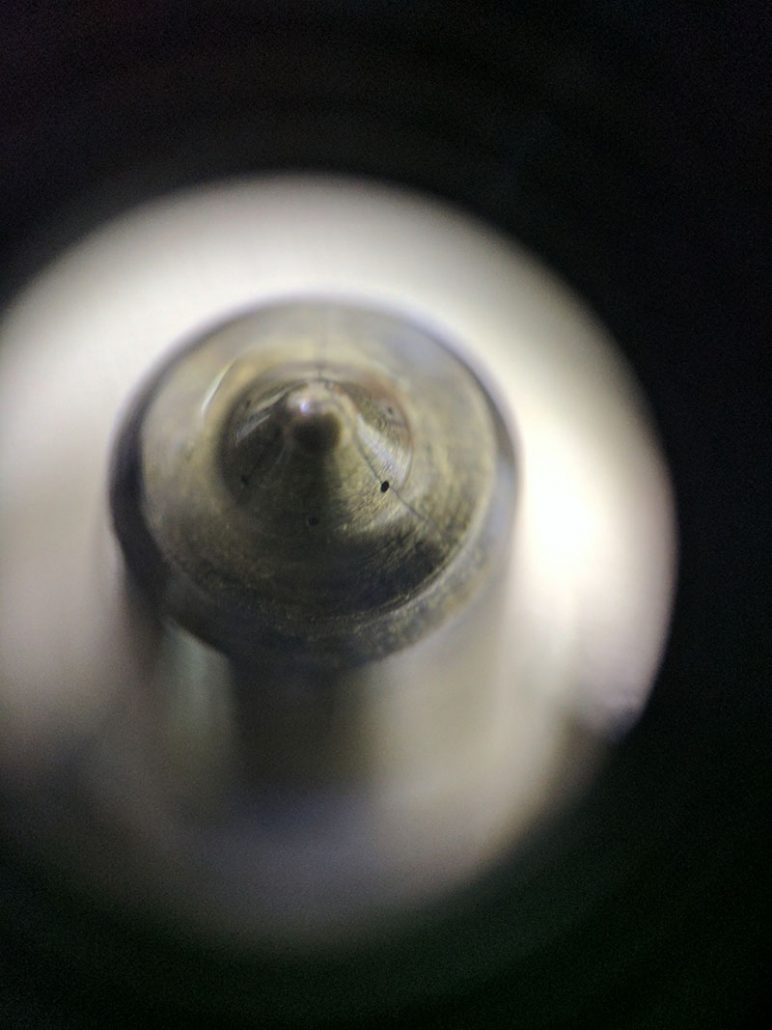 Another area of concern we have on the 6.0L Powerstroke/VT365 injectors is the separation of the stator housing from the injector body. The stator is the electronically-controlled assembly on the top of the injector which contains the high-pressure oil inlet, the spool valve, and the control coils. This type of failure is generally attributed the injector over-pressurizing with engine oil, which overcomes the strength of the two bolts holding the stator housing to the body of the injector and popping it off. This failure will be immediately apparent to the driver, as the engine will have an immediate ‘dead miss’ on the affected cylinder.

The best ways to prevent these failures from happening to your engine is to perform routine maintenance:

If you suspect a problem with your fuel injectors, stop by Island Diesel here in Nanaimo or, if you’re on the mainland, visit our parent location, NW Fuel in Surrey and take advantage of our diagnostic and testing services to minimize downtime and repair costs.

View our services and learn and get your diesel in top shape.

How We Clean Your Gasoline Fuel Injectors
Scroll to top