Could Diesel Made From Air Help Tackle the Climate Change Issue?

Imagine the impossible- making diesel out of thin air.

Although it sounds like something from science fiction, small companies in Germany and Canada have achieved this.

The chemistry to make fuel from carbon dioxide (CO2) is quite simple. The process consists of splitting water (H2O) into hydrogen (H) and oxygen (O) through electrolysis. Then, adding H to CO2 to make carbon monoxide (CO) and H2O. Once this is achieved, it is necessary to bung in more hydrogen to build up hydrocarbon chains (Fischer-Trophsch process).

The biggest technological challenges of this process have centered on the high-temperature furnaces, says Adrian Corless, chief executive of Carbon Engineering. The process requires electricity and they can produce diesel that is carbon neutral. 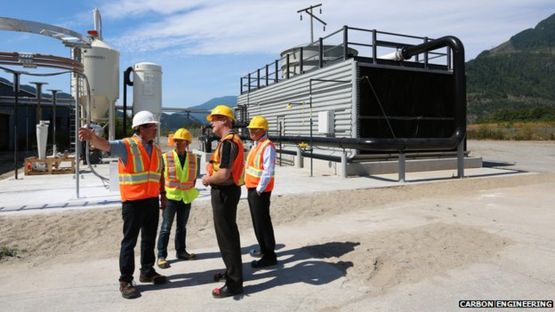 Burning the e-diesel fuel in your car will eventually return the CO2 that was initially removed from the atmosphere whereas fossil fuels, on the other hand, add to the total amount of CO2 in the atmosphere. Halting the growth of CO2 and other greenhouse gases has become crucially important given the many threats that are posed by climate change.

The concentration of CO2 in the air reached 400 parts per million in 2012-2013 – the highest since scientific measurements began. Also, in July of 2014 through June of 2015 was the warmest on record according to the US National Oceanic and Atmospheric Administration.

So maybe e-diesel is the way of the future! You never know, your car may be running on fuel made from thin air sooner than you expect.

To read more about this, check out the original article online here.