Audi, the second European maker to offer a diesel plug-in hybrid has come out with the Q7 e-tron 3.0 TDI Quattro! It is the second generation of Audi’s largest and most luxurious sport-utility vehicle that competes with the largest BMW and Mercedes-Benz SUV’s, as well as luxury entries from Range Rover and Cadillac. 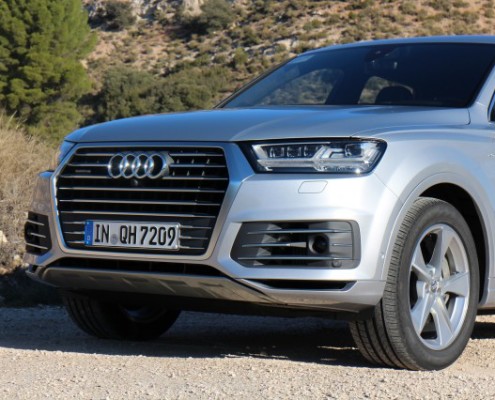 The Q7 consists of a 17.3 kilowatt-hour battery pack, which sits under the load bay in what may have been a spare-tire well. 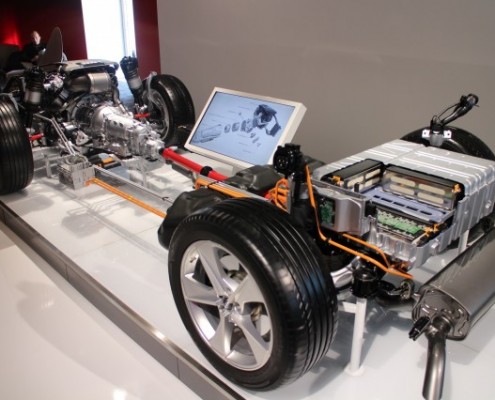 It also has a 94-kilowatt (128-horsepower) electric motor between the 258-hp 3.0-liter V-6 turbodiesel engine and an eight speed automatic transmission.

Audi quotes 0-62-mph acceleration within 6.0 seconds in hybrid mode, or 6.5 seconds in electric-only mode. Its top speed reaches 78 mph in electric mode and 140 mph as a hybrid. Also, on the European test cycle the Q7 ranges 50 kilometers of electric range and EPA numbers are likely to be somewhere in the mid-20’s.

On the road, the vehicle is smooth, quiet, comfortable, and has strong electric-only power.

The Q7 has four driving modes and will default to EV mode, then switch to Hybrid mode once the battery is charged. It also has a Battery Hold mode, to conserve battery capacity for later use and a Battery Charge mode that recharges the battery when using excess engine power.

The vehicle has many special features, but one intriguing feature is the Predictive Efficiency Advisor (PEA).

Essentially, when a destination is entered into the navigation system, the PEA will be aware of altitude, city and town limits, and prevailing speed limits and advises drivers when to decrease/increase speed. Cool!

This is an asset because when approaching a stop sign that may not yet be visible, or coasting down a highway, a driver will be able to set an appropriate speed/know when to stop in

So, if you’re looking for a plug-in vehicle, the Q7 e-tron shows a lot of promise. If you would like to read more about the Audi Q7 3.0 TDI Quattro. 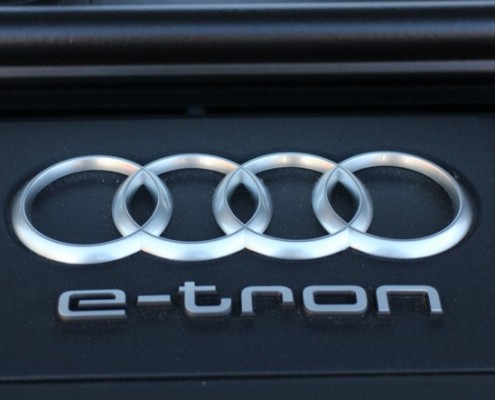