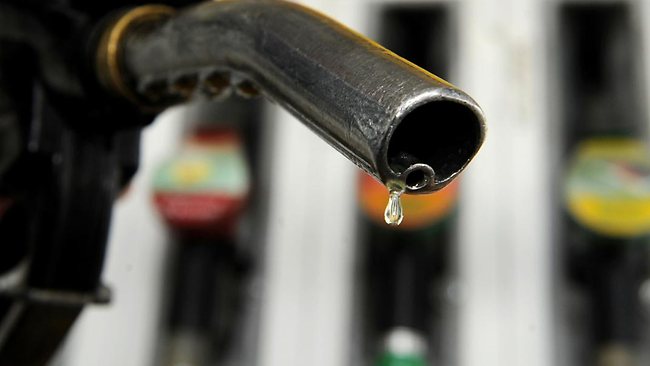 Inventor of the diesel engine, Rudolf Diesel, would be proud of the leaps and bounds technology has made in the last century. Diesel engines were engineered to take advantage of the high energy content and relatively low cost of diesel fuels. While diesel fuel can be very efficient and powerful, it has various properties that must be maintained in order for it to perform effectively in today’s modern diesel engines.

This blog post talks about the first seven characteristics in this list of fourteen. As we talk about these various properties it will become clear as to why you need to ensure your diesel fuel is safe and reliable for your engine:

The calorimeter is a device used to measure how much energy a fuel provides when it is burned. Essentially, when a specific amount of fuel is burned you can measure the amount of heat generated in British Thermal Units or BTUs.

As a reference point:

A higher heat value equals more power generated by the engine which means it takes less fuel to do the same amount of work.

The cetane rating is a method to measure the ignition quality of a fuel. The more easily a diesel fuel ignites, and the manner in which it burns, impacts how an engine starts as well as its combustion roughness. Pure cetane, a colourless liquid hydrocarbon, has excellent ignition qualities and is rated at 100. The higher the cetane rating in diesel fuel, the shorter the delay is between the time the fuel enters the combustion chamber and when it begins to burn. Good quality diesel fuel with a high cetane rating has a lag time of approximately 0.001 seconds. 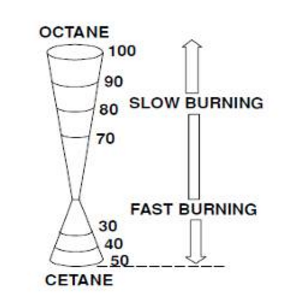 The rating requirements of cetane depend on several things including the engine size, design, load and atmospheric conditions. For example, engines that operate at higher altitudes or in a colder climate, demand a higher cetane fuel to start and operate efficiently. The typical cetane rating for No. 2 diesel would be 46 – 48 with No. 1 diesel typically between 51 – 53.

Note: Most filling stations do not provide the cetane rating for their customers. This is why it is so important or diesel owners to purchase their fuel from a reputable, busy station to ensure the quality and freshness of the fuel.

Note: While the recommended minimum cetane rating for modern diesel engines is 40, it is important to note that increasing the cetane rating above 48 is not recommended. It will not increase engine performance and could cause fuel knocking.

Viscosity is, simply stated, a way to measure resistance to flow. As the temperature increase, viscosity decreases. This is an important factor in the operation in modern High-Pressure Common-Rail (HPCR) fuel system equipped engines.

High viscosity fuel typically results in a heavier mist which can lead to hard starting and white smoke issues.

The sulfur content of diesel fuel has recently drawn a great deal of attention because of increased wear on the following components: pistons, rings, valves, and cylinders.

This increased wear is the result of the corrosive effects of hydrogen sulfide in the fuel, combined with sulfur dioxide (or sulfur trioxide), formed during the combustion process. The wear and tear is less serious under constant loads and during high–temperature operation.

Several after-market companies offer fuel additives to compensate for the lubrication lost by the reduced sulfur content (reduced lubricity) of the diesel fuel. If the quality of the fuel is questionable we suggest replacing it with fuel from a reputable source to ensure the fuel system components are not at fault.

Water and sediment in the fuel can also cause rusting and damage to fuel system components. High water content in diesel fuel may lead to iron oxide particles forming inside the fuel tank. This causes internal rusting of fuel lines, pumps and injection components, particularly when the engine is not in use.

This is especially noticeable with engines that have been stored for an extended period of time. Owners will say they engine ran great all season, yet when they took it out of storage in the spring they had to replace fuel system components because of rust and contamination issues.

Carbon residue is the black, sooty material that is left behind after diesel fuel is burned. The acceptable amount of carbon residue deposits depends on the engine manufacturer as well as the running conditions of the engine.

The flash point of diesel fuel is the minimum temperature at which the fuel must be heated before flammable vapour is produced, allowing ignition to take place. The lower the flash point, the higher the risk of explosion.